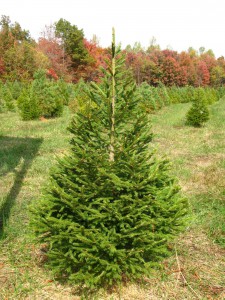 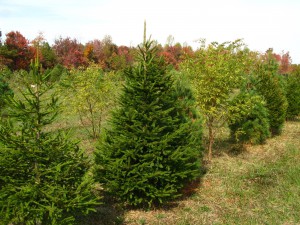 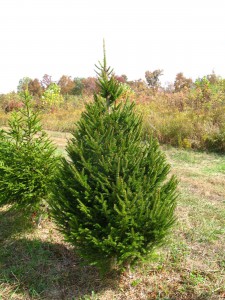 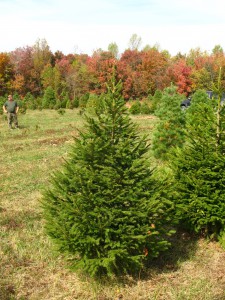 Norway Spruce have some very desirable characteristics as Christmas trees. Their strong, upwardly slanted branches are superb for holding heavy ornaments, perhaps the best of any tree. They also have a strong, pleasing spruce aroma. Norway Spruce were very popular Christmas trees in the 1950s, adding a retro aspect to their present appeal.

However, we do not recommending purchasing a Norway spruce that has been cut any longer than two weeks before Christmas because this species quickly loses its needles after being cut. If you desire a cut Norway, it would be best to purchase it on one of the last two weekends our Christmas Center is open. In fact, we strongly suggest that those who desire a Norway Spruce as a Christmas tree have theirs dug or mini-dug instead of cut. Leaving even a small portion of the roots on the tree will help it to retain its needles for a much longer time.

For a while Norway Spruce were considered Firs, and some still call them “Red Fir” – a combination of the original misnomer and the color of their bark. One final random fact: Norway Spruce are the tallest trees in Europe.